You are here: Home / Our Company / History – The Long Version 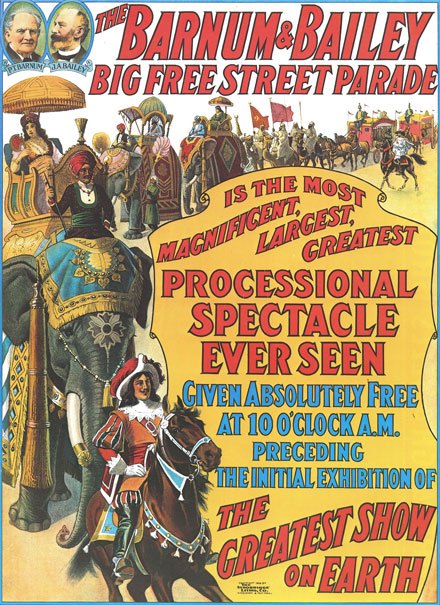 All companies have a story as to how they came to be. We think ours is rather unique because it involves a 12 year old boy running away from home in 1902 to join the Barnum & Bailey circus as a roustabout, the non-performing ground crew that took care of the daily functions of the circus. The boy was Jack Miller and eventually the path of his life set the stage for what was to become Murphy & Miller.

In the early 1900’s there were basically two forms of entertainment available to the public…
circuses and vaudeville. As he grew and came of age, Jack got to know many people in the entertainment industry, which by then was also blossoming into movies as that technology grew.

We have just experienced a recession where property values in highly popular places, especially Florida, plummeted. This isn’t the first time that happened. In the 1920’s Florida was “the place to be” for folks in the entertainment industry. That was also where the circuses “wintered”, so it was natural that others from the broader industry followed. Property values began to
sky-rocket and luxurious hotels were build to welcome a wide range of entertainers. As part of the rush, but without much money to spend, Jack got into the action by buying property on margin and selling it for a tidy profit, doing quite well in the process.

By the late 1920’s Jack became nervous that the land he was marketing was increasingly overpriced and liquidated his holdings, going into the Great Depression in a very secure financial position. The roustabout had become a rather astute businessman!

You might recall seeing old movies from the 1930’s. Not much of a plot line, but lots of lovely ladies in skimpy outfits with lots of feathers, singing and dancing. These were intended to put some happiness into the lives of people who were struggling with the personal and financial impact of the times. So after some searching, Jack bought the Lido theater in the Chicago suburb of Maywood, becoming involved in this part of the entertainment industry that he was familiar with. Folks who only had a dime to spend, but needed some brightness in their lives, would go to the movies. It was an excellent investment for the times, both for Jack and his customers.

Jack was from a large family. Three brothers and two sisters in the Buffalo, NY area. His younger brother Harvey owned a hardware store which failed in the first year of the Depression, so Jack decided to move Harvey and his wife, Billie, to Chicago to help with the theater operation. Billie sold tickets and handled the concession stand while Harvey ran the film projector and was the handyman for the theater building.

As you can imagine, if you put a few hundred people in an enclosed space during the hotter months of the year, they won’t be very happy no matter how many songs and feathers are involved. So what to do? Mechanical cooling was pretty much restricted to large buildings owned by wealthy investors. There was, however, a form of “air conditioning” known as
“ice cooling”. Back then people didn’t have refrigerators, they had ice boxes. Blocks of ice were readily available and residential mechanical refrigeration wasn’t. This was step one of the solution.

Ice cooling system design was extremely simple. Build a rack to hold the blocks of ice in front of a fan that blows the cool air out into the occupied space. Not exactly what we are used to today, but a solution back then for theaters and auditoriums that were only used for a few hours at a time. There was, however, a problem with ice cooling. As the blocks melted they created a significant amount of melt water that had to be drained from the “equipment” area. Harvey had to find a plumber to install the drains. Enter Bob Murphy of R. E. Murphy Plumbing.

Harvey & Bob hit it off, and after pondering what they had just created at the Lido, decided that others would want these systems too. They were cheap and not sophisticated, but solved the problem of hot spaces for certain types of buildings. They called their little company American Cooling and from 1932 until 1935 they installed about twelve ice cooling systems across Chicagoland. Not exactly a dominant force in the industry, but during the Depression any extra money was very welcome.

In August of 1935 they decided that it was time to get serious, create a real company and that it should bear their names. And that is how Murphy & Miller was borne because of a string of events starting with a 12 year old roustabout running away to join the circus.