You are here: Home / News / Our Reaction to Mental Floss’ “17 Historical Reactions to Air Conditioning” 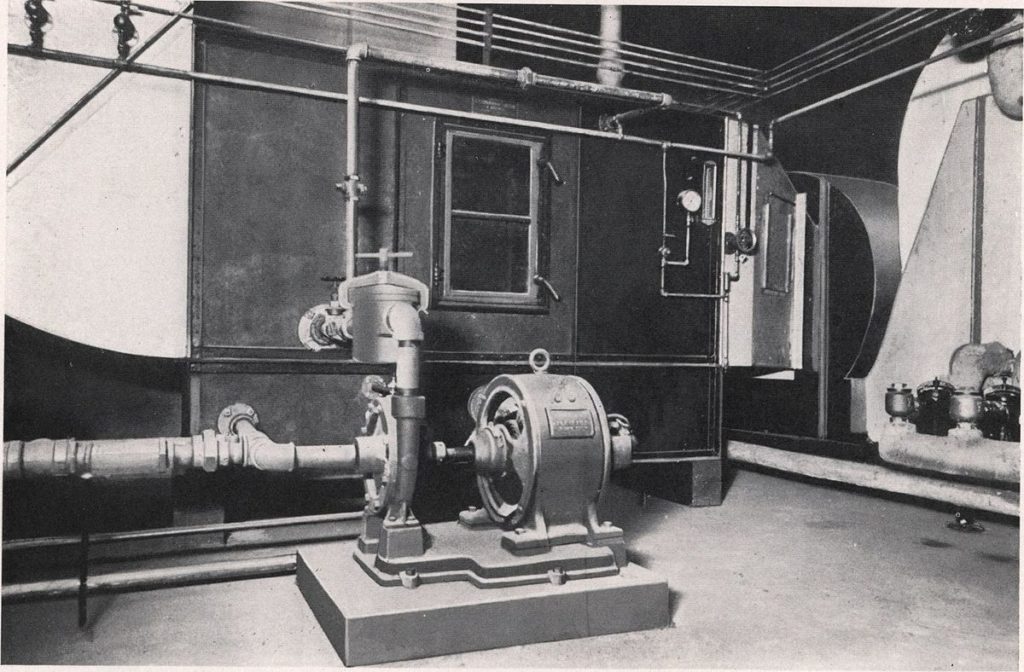 Have you ever wondered what life was like before air conditioning? In 1902 the first modern air conditioning system was invented to control the humidity in a printing plant, and over the past century, we have seen air conditioning become a necessity in all modern homes and businesses. Broken AC causes discomfort and frustration, while functioning air conditioning is expected (even demanded) whenever you walk indoors. After the mass implementation of air conditioning, American society has become accustomed to the godsent cooling system—but has it always been perceived as a good thing?

Our team happened upon a piece by Mental Floss describing 17 different reactions to air conditioning throughout the world. We wanted to share this hilarious article with you and offer our own reactions to these historical reactions. Read on to learn which three are our favorites!

Number four, “Yes, the People Are Going to Like It,” is a perfect example of naysayers being proven wrong. The first mainstream businesses that offered AC to the public were movie theaters. In a quote from 1925, Willis Carrier describes the night that a skeptical crowd entered the theater with fans in hand, ready for the cooling system to disappoint. After a while, however, even the most “chronic fanners … ceased fanning.”

And now, air conditioning systems are getting better every day! Murphy & Miller stays updated with all the latest technology, so not only will you drop your own fan, but you’ll also enjoy lower energy bills. Just like the patrons of the movie theater, our clients come to us for energy audits and never believe that we can get their bill as low as we say—but we always do!

The Future of Air Conditioning Is Here

An uncannily accurate reaction to air conditioning is number eight’s “This is Not a Fairy Story.” A writer for the St. Petersburg Times explains the magnificent modernity of air conditioning, writing: “This is not a fairy story. It is a picture of a future modern home, electrically refrigerated,” and goes on to describe air conditioning as the next step in the evolution of shelter, along with running water, heat, and electric lights. Like number fifteen, which predicted that America would “lead the way” in the air conditioning movement, some of these historical reactions were accurate!

In number nine on the list, “This is regular Republican atmosphere,” we learn that not all Americans were on board with the magic of air conditioning—namely, our senators. Flyers had to be posted, preparing the politicians for the “sensation of chill” they would experience upon entry. After Democrat John E. Rankin noticed that it was particularly cold—a freezing 75°, by the way—in the chamber, he “lodged the first complaint … saying ‘this is regular Republican atmosphere, and it is enough to kill anybody if it continues.’”

We chuckled reading that opinions on air conditioning were split down party lines. Talk about partisan politics! Fortunately, now everyone enjoys cold air in their workplaces. So, if you find that you’re getting a little heated during a business meeting, it might not be the political atmosphere—it might be the AC failing!

To avoid a meltdown, you can call Murphy & Miller at 1-312-427-8900 or contact us online for any commercial or residential HVAC issues you might have.

Murphy & Miller for All Your Modern Air Conditioning Needs

We hope you enjoyed the article as much as we did! It’s always intriguing to look back and see how opinions and times have changed. Scientific and engineering breakthroughs happen every day. Murphy & Miller, unlike many of our competitors, offers customized ductwork for commercial and industrial properties because we know it saves our clients money (and is the next step in the air conditioning evolution). Not all commercial real estate owners understand why we do what we do, but we eventually prove that our method isn’t a “fairy story” but a tried and tested advancement in HVAC technology.

If you’re ready to “modernize” your HVACR system in your commercial or industrial property, call us today at 1-312-427-8900 to get started!